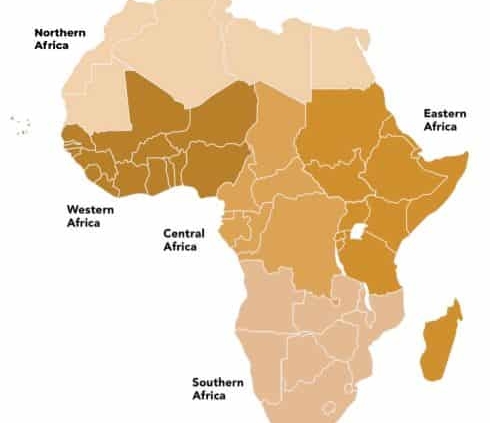 Africities Summit on May 17-21 to focus on challenges faced by more than 1,000 Intermediary cities

Rabat/Toronto, April 26, 2022 – The United Cities and Local Governments of Africa (UCLG Africa) and CitiIQ, creator of an innovative global city measurement standard, announced today that 60 major African cities have been scored as a contribution to the Africities Summit being held in Kisumu, Kenya from May 17-21. Research shows that the continent of Africa will experience unprecedented population growth over the next 30 years with a dramatic urban surge expected to pressure its cities, large and small.

CitiIQ uses an evidence-based methodology to score 35 essential Considerations, within the five Dimensions of Basic Needs, Competitiveness, Opportunity, Livability, and Destiny. Using an intuitive online dashboard, a city’s measurements are readily available to clients through a cloud-based annual subscription.

The scoring of the 60 major cities models the importance of measurement for the intermediary cities of Africa. Accurate and consistent data collection is critical for the growth and development of African cities. Local, regional, national, and international investor confidence is significantly increased where progress over time can be reliably determined. Intermediary cities need to institute accurate data measures to resource their needs, fundamental to building capacity for growth. A consistent scoring system will accelerate the growth of effective data cultures for intermediary cities.

UCLG Africa is a membership of 51 national associations of local governments from all regions of Africa, as well as 2000 cities and territories that have more than 100,000 inhabitants. As such, the organization represents nearly 350 million African citizens.

Mr. Jean Pierre Elong Mbassi, the Secretary General of UCLG Africa says, “We have specifically selected the theme for the 9th Africities Summit, to focus on the role of intermediary African cities in implementing the 2030 Agenda of the United Nations and the African Union´s Agenda 2063”. UCLG Africa mobilizes strategies, methods and tools to support its members under three pillars aimed at supporting the development of local governments to better serve their communities.

Kisumu, Kenya is the first ever intermediary city to host the Africities Summit.

CitiIQ uses a wide range of technological tools and expertise to collect data for cities that is processed through its global city measurement algorithm. Comparable scores out of 100 are produced for the 35 most important Considerations of any city. The data powers a dashboard that readily illustrate the scores and allows clients to drill down into the data for the 114 city indicators used.

“Increasingly, the health and wellbeing of the world’s people depend upon the effectiveness of their city,” says Don Simmonds, Chief Executive Officer of CitiIQ. “Municipal leaders face immense challenges and benefit greatly when comprehensive, comparable data can guide their decisions.”

Most cities struggle to translate disparate data into actions that can make life better for their citizens. The CitiIQ method normalizes data so that city elements can be readily compared within a given city, or with other cities around the world. The service is delivered as an application that can function on any website that a customer city chooses. This is viewable across desktop, laptop, tablet, and smart phone formats. CitiIQ has recognized the critical role intermediary cities play around the world as home to more than half of the global urban population. Often underserved, these cities play key roles in SDG localization, empowerment of local governance, and policy coherence that links higher order priorities with the local priorities of citizens.

Accurate, frequent, and accessible data for local governments and their citizens supports more effective decision making. The CitiIQ dashboard is a common point of reference across the complex interactions of society. Data also plays an increasingly vital role as the currency of equity and support for vulnerable populations. CitiIQ provides a point of reference for the values of solidarity, responsibility, transparency, and service that characterize intermediary cities.

About UCLG Africa (United Cities and Local Governments of Africa)

The umbrella organization for African local governments, was founded in 2005 in the City of Tshwane, South Africa as a result of the unification of three continental groups of local governments, namely the African Union of Local Authorities (AULA); the Union des Villes Africaines (UVA); and UCCLA AFRICA, the Africa Chapter of the União das Ci União das Cidades e Capitais Lusófonas (UCCLA), The founding congress of the organization was held in May 2005 in the city of Tshwane, South Africa. UCLG Africa brings together 51 national associations of local and regional governments from all regions of Africa, as well as 2000 cities with more than 100,000 inhabitants. UCLG Africa represents over 350 million African citizens. A founding member of the world organization UCLG, it is its regional chapter for Africa. Its headquarters are based in Rabat, capital of the Kingdom of Morocco, where it enjoys diplomatic status as a Pan-African International Organization. The organization also has regional offices on the continent.

About the 9th edition of the Africities Summit

The 9th edition of the Africities Summit (Africities 9) will be held from 17 to 21 May 2022, in Kisumu, the third largest city in Kenya, with a population of 409,000 according to the 2009 census. This is the first time ever that the Africities Summit is being held in an intermediary city. The theme of Africities 9 is: “The contribution of Africa’s intermediary cities to the implementation of the 2030 Agenda of the United Nations and of Agenda 2063 of the African Union”.

For the very first time, the Africities 9 Summit will highlight the first level of the continent’s urban framework, which is made up of around 1,500 intermediary cities in Africa with populations of between 50,000 and 500,000 inhabitants. This layer of the continent’s urban landscape currently accounts for a little over 30% of the urban population. It is the basis for the development of local economies that structure relations between populations living in rural and those in urban areas. It is the first level of development and improvement of local potentialities and productions. It thus represents the first stage in the structural transformation of the continent.  It also acts as a buffer and shock absorber in the migration flows between rural areas and large cities and metropolitan regions.