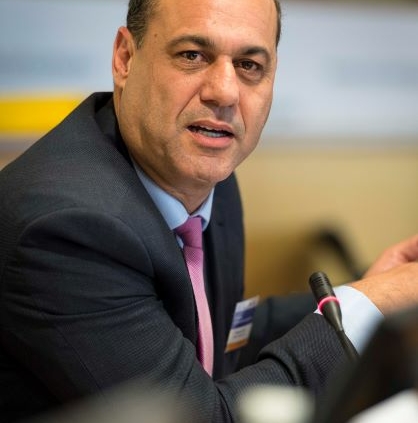 In the run-up to the Africities 9 summit scheduled for 17 to 21 May 2022 in Kisumu (Kenya), under the theme: “The contribution of African intermediary cities to the United Nations 2030 Agenda and the African Union’s Agenda 2063”, UCLG Africa is conducting a serie of interviews with mayors of intermediary cities on the continent. We open this section with Mr. Mohamed Sefiani, Mayor of Chefchaouen (Morocco), president of the UCLG World Forum of Intermediary Cities and co-chair of the Climate Task Force of UCLG Africa. He explains the crucial role that intermediary cities have to play in the achievement of global agendas and shares the experience of his city in terms of climate, urbanization, migration and local economic development.

Can you briefly introduce your city?

I am Mohamed Sefiani, Mayor of the city of Chefchaouen since 2009. I am also President of the UCLG World Forum of Intermediary Cities and co-chair of the UCLG Africa Climate Task Force. Chefchaouen is a city that is 550 years old. It is an Intermediary city in the north of Morocco. It is classified as intangible heritage of humanity in terms of Mediterranean food culture. It is a city where civil society plays an important role. For this reason, the participatory democracy approach is a pillar of local governance life. It is a city that is very involved in the implementation of the SDGs and also in the implementation of the Climate Agenda. It is a city that also has many challenges.

Intermediary cities occupy a strategic place in Africa’s urbanization. By 2050, the majority of new urban dwellers will settle in cities of less than 500,000 inhabitants. How is your municipality preparing for this change? The Africities 9? Summit scheduled for May 17-21, 2022, in Kisumu (Kenya) places Intermediary cities at the heart of the debate, with the theme: “The contribution of African Intermediary cities to the United Nations 2030 Agenda and the African Union 2063 Agenda”. What are your expectations for this meeting which brings together local authorities as well as financial institutions, civil society organizations and development partners at the continental and international level?

First of all, I thank the presidency and the secretariat of UCLG Africa for having chosen this theme. It shows the vision of the decision makers within UCLG Africa. In Africa, Intermediary cities will play a very important role and a strong commitment of these cities will be necessary for the implementation of the agenda 2030 and 2063 of the African Union. These Intermediary cities must be accompanied, supported, and helped. We had made consultations at the level of the different continents, and it is the request of the different mayors that we had met. The last declaration of Kutahya on Intermediary cities during the second world forum speaks of multi-level governance as a key element for the successful implementation of the SDGs. Multi-level and multi-actor governance, and this rural-urban relationship, which is strongly present in Intermediary cities, must be reinforced and enhanced. There is also the question of the human size of Intermediary cities, which favors a culture of democracy, a culture of climate justice and water justice. We know that the issue of water in Africa is very important due to climate change. There is also everything that is economic development in general and local economic development, the enhancement of the social and solidarity economy that we find in the key elements in African Intermediary cities. I think that this summit will be an opportunity to focus on the realities of the future of Intermediary cities and an opportunity to involve national governments, international organizations and also metropolitan cities that are complementary to Intermediary cities. We must continue to work hand in hand.

The global challenge of climate change can only be met through the territorialization of Nationally Determined Contributions (NDCs). How is your municipality dealing with the consequences of climate change in the daily lives of your people? This is a major challenge. It is not an issue that only concerns heads of state or rich countries, but there is a strong involvement of States and Cities throughout the world. Even if Africa in terms of greenhouse gas emissions contributes only 4%, there is a solidarity effect. Africa is a victim of climate change, that is why everything that is adaptation to climate change must be emphasized, must be strengthened at the level of Africa, in addition of course to mitigation. At the level of the city of Chefchaouen we are working on these issues, and we won the climate initiative award at the last Africities 2018 in Marrakech for the category of Intermediary cities. We are working on different aspects: raising awareness among citizens, strengthening civil society on climate issues, on infrastructure by advocating the climate approach, on strategic planning by also taking into consideration the climate dimension of our action plans, etc.  We have also set up pilot projects such as the use of photovoltaic and thermal solar panels, and energy efficiency in public lighting and transport. We are continuing this path. An important project on which we are currently working is the securing of the city of Chefchaouen in portable water. It is a multi-actor, multi-level partnership project. The city of Chefchaouen is one of the rainiest cities in Morocco but with climate change we experience periods of drought from time to time. For this reason, a whole hydraulic system has been set up, a dam, a treatment station, a pumping station on about twenty kilometers to secure the city so that in case of drought there is no shortage of water. These are projects on which we are working in addition to the landslides that occur from time to time in the city because of factors related to climate change.

How can Intermediary cities like yours contribute to national wealth creation, local economic development, and local democracy?

Intermediary cities play an important role in rapid urbanization in developing countries, balancing territories, providing services to surrounding populations, creating jobs, and generating income, and mitigating rural migration, rather than large cities. Can you share with us your city’s experience on these aspects?

In the city of Chefchaoeun during the last 30 years we have seen the birth of peripheral neighborhoods that are the result of rural, urban immigration. This also gives us challenges because the people who come are in a context of insufficient urban planning. We find ourselves with neighborhoods that suffer from the lack of important facilities such as sanitation, the absence of roads in due form. We have tried in this direction, and we intend to generalize the infrastructure and equipment in these immigrant neighborhoods by 2025. In terms of planning, we have the urban development plan in Morocco. It is a 10-year urban planning document. We respect it and it has allowed us to limit anarchic construction in the city and it has oriented us towards urban upgrading plans for neighborhoods that were created following rural urban immigration. We are working on it, and we are going to update it, because every 10 years we must update it. In terms of limiting this rural exodus, the government has also put in place a strategy at the national level. It is called the rural centers. In our city, we have done a lot of work in terms of upgrading the rural centers with the creation of health centers, schools, high schools, etc. This will promote and improve the conditions of the population. This will promote and improve the living conditions in these rural centers.

Finally, can you launch an invitation for Africities 9?

Join us at Africities: It is the meeting of African cities for a better future!