In the run-up to the Africities 9 summit scheduled for 17 to 21 May 2022 in Kisumu (Kenya), under the theme: “The contribution of African intermediary cities to the United Nations 2030 Agenda and the African Union’s Agenda 2063”, UCLG Africa is conducting a serie of interviews with mayors of intermediary cities on the continent. For this third issue our guest is Mr. Sule Salifu, Mayor of Tamale (Ghana). The mayor relies on the youth of his population to achieve and maintain strong economies based on industry, agriculture and services.  For him, Africities Summit is a unique opportunity to share experience and best practices among leaders of different cities, to network with colleagues and development partners, and to attract investment to his city, either through direct investment or through public-private partnership agreements.

Watch the video or read the interview.

Can you introduce your city?

My name is Sule Salifu, Tamale Metropolitan Assembly Chief Executive. Tamale became the capital town of the then Northern territories of Ghana in 1907, during the colonial era. Due to its central location, Tamale serves as a hub for all administrative and commercial activities in the Northern territory. Even though the northern territory has now been split into five regions, Tamale remains the capital of the current Northern region. Tamale Metropolitan Assembly, together with its adjoining Assembly, forms the greater Tamale, third largest city in Ghana that is said to be the fastest growing in the West African sub region. It has a combined population of 716,455 according to the 2021 population housing and census of Ghana. It is a cosmopolitan city with a fair blend of peri-urban and rural communities which are mainly agrarian. With its youthful population of about 40%, the metropolis has the potential of achieving and sustaining solid industrial, agricultural and service-driven economies, as the largest urban center in Northern Ghana that is also centrally located along an important route that links Ghana key cities along the North-South economic development corridor and the cross-border to Burkina Faso, Mali and Niger, the city has witnessed strong urbanization growth, though increasingly accompanied with urbanization challenges including traffic, urban sprawl and infrastructure management. It has tremendous opportunities. Tamale city has the essential infrastructure for both air and road connectivity, making it an ideal location to be positioned as a service hub. It has educational institutions, hospitals, several banks, telecommunication networks and logistics related to transportation of goods to and from Burkina Faso and beyond. These make the city a natural center for domestic and foreign investors, especially in the following industries: logistics, information, technology, medicine, education, hospitality and tourism. The most prominent tourist attractions in Tamale are the Damba and Fire Festivals, which are celebrated with pomp and pageantry with the display of traditional woven smokes adorned by both males and females.

Intermediate cities occupy a strategic place in Africa’s urbanization. By 2050, the majority of new urban dwellers will settle in cities of less than 500,000 inhabitants. How is your municipality preparing for this change? 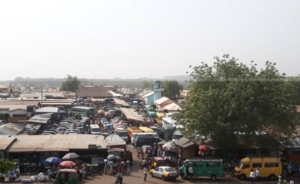 In order to cope with the new urban dwellers, the Tamale Metropolitan Assembly has developed a master plan known as Greater Tamale Metropolitan Area Structure Plan, which will help to address in an acceptable and orderly manner the challenges of the city and position it as the commercial educational industrial hub of the region in the northern parts of Ghana, and neighboring countries like Burkina Faso, Mali and Niger. With this plan, we would effectively address the perennial devastating floods, sanitation, waste management, as well as transportation, water and sprawl issues associated with a rapidly expanding city. This city plan becomes a major investment promotion document. It is a broad and practical implementation document for government agencies in the planning and development of Tamale. As a systematically planned and consensus built document, it will ensure synergy of development in the short and long-term to transform Tamale and its environments.

Do you think that cities like yours receive enough attention from public policies?

I must admit that cities like ours receive some attention from the government, though limited. For instance, the Ghana Urban Development Policy document is in place to guide the group of cities like Tamale. Also some funding, though inadequate, is provided through the urban development grants for the provision of municipal infrastructure and services to cope with the increasing population and its attendance effects.

The Africities 9 Summit Scheduled from 17 to 21 May 2022 in Kisumu (Kenya) places intermediate cities at the heart of the debate, with the theme: “The contribution of African intermediate cities to the United Nations Agenda 2030 and the African Union Agenda 2063”. What are your expectations for this meeting which brings together local authorities as well as financial institutions, civil society organizations and development partners at the continental and international levels?

My expectations include the following: An avenue for sharing experience and best practices among the leadership of the various cities, an opportunity to network with colleagues and development partners, and marketing of my city to the outside world to attract investment either through direct investment or public-private partnership arrangements.

The global challenge of climate change can only be met through the territorialization of Nationally Determined Contributions (NDCs). How is your municipality dealing with the consequences of climate change in the daily lives of your populations? 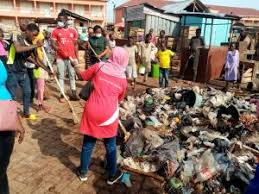 The city of Tamale is equally affected by climate change, especially high temperature, deforestation, perennial flooding in some communities during heavy rains, and drought in some years. To deal with the consequences of climate change in the daily life of the population, the Tamale Metropolitan Assembly, in partnership with development partners and private sectors have been dealing with the issues by the adoption of climate smart agriculture, reforestation of degraded land through the Green Ghana Initiative of the government, the use of renewable energy, development of urban road systems to include bicycle lanes in the metropolis for the many people who use bicycles as means of transport, waste management recycling and compositing plants being built to deal with liquid, medical and solid waste generated from the metropolis, construction of drains to reduce flooding the city, among others.

How can intermediate cities like yours contribute to national wealth creation, local economic development and local democracy?

As an intermediate city, Tamale contributes to national wealth creation, local economic development and local democracy by serving as the link between the rural and urban population as the aggregation and distribution channel for goods to the needy areas, thereby enhancing the income of both populations, and by providing high quality services in the hospitality, education, medical and technology sectors to the residents and neighboring or surrounding communities and towns, as well as by being a hub for skills development, job creation and employment, and strengthening the Metropolitan Assembly Unit Committees and civil society organizations through training and capacity building so as to enhance local democracy or grassroots participation.

Intermediate cities play an important role in rapid urbanization in developing countries, balancing territories, providing services to surrounding populations, creating jobs and generating income, and mitigating rural migration, rather than large cities. Can you share with us your city’s experience on these aspects? 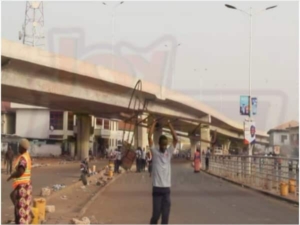 As an intermediary city, Tamale attracts many people who are seeking job opportunities and skills development, resulting into its rapid urbanization. In view of this, there is an abundant skilled and unskilled workforce available for recruitment in any productive venture. Also, the city has better educational and health service facilities which are pool factors for many people in the city. The influx of people into the city for varied reasons have resulted in pressure being put on the social infrastructure and municipal services which place heavy burden on city authorities. Because of the springing up of urban slums in some communities, the authorities have to pull down buildings and remove structures to pave way for the construction of roads and lanes to take care of emergency situations when they do occur. With the new developing areas, the Building Inspectorate Unit of the Assembly ensures regular monitoring to avoid unplanned development in the city. The city has large markets that promote higher productivity and increase income for both producers and those in the value chain taking advantage of positive externalities and economies of scale.